The chart below shows what Anthropology graduates from one university did after finishing their undergraduate degree course. The table shows the salaries of the anthropologists in work after five years.

Summarise the information by selecting and reporting the main features, and make comparisons where relevant. 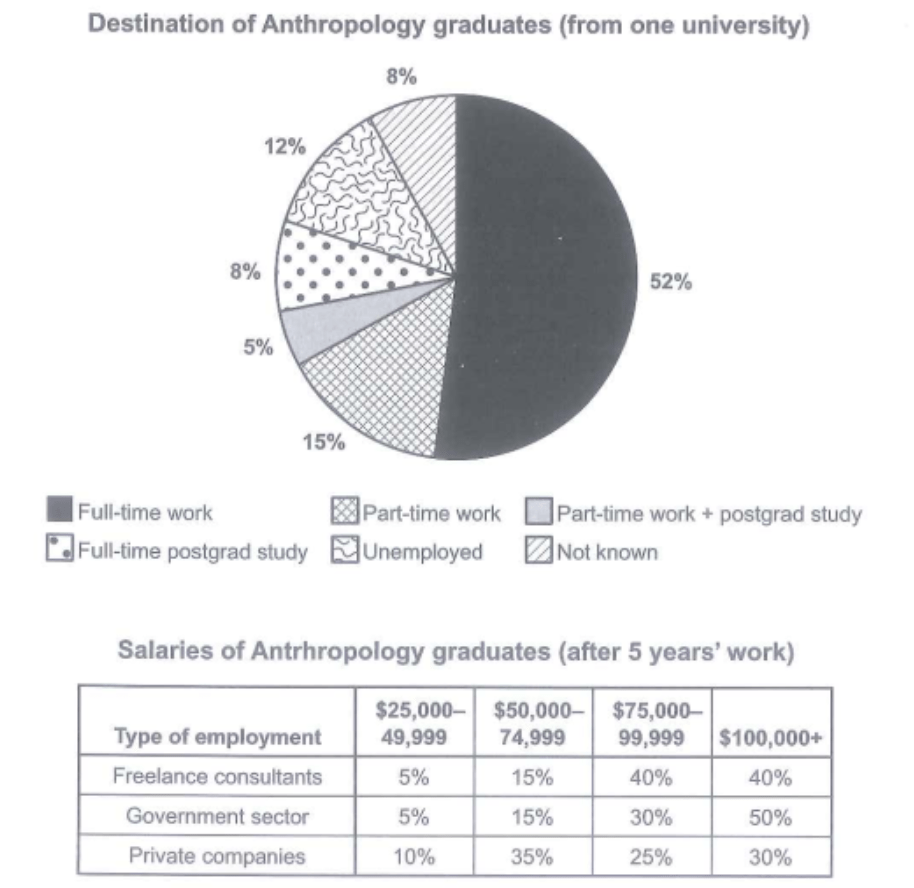 The chart shows 6 types of jobs that Anthropology graduates did. The table gives the figures for salaries that they received after five years in 3 sectors.

Overall, Anthropology graduates chose full-time jobs as the most popular destination. After five-year graduating, they could receive earnings more than $100.000, generally.

It is quite clear that the number of students decided to work full-time was highest, exactly at 52%. The figures for the graduates working as a part-time staff or still being unemployed were similar, at 15% and  12%, respectively. Besides, several students were doing full-time job while pursuing higher education, at 8%. It was 3% higher than the percentage of staffs who were doing part-time job and studying post-graduate at the same time.

At the table about the earnings that most of them could earn more than $100.000, especially the staffs who were working in the government sector, at 50%. Following them were the staffs working in freelance consultants and private companies, at 40% and 30%, respectively. The percentage for the salary range from $25.000 to 49.999 was lowest at all of the sectors. Specifically, it was only 5%, similarly in both freelance consultants and government sector.